The role of 'conflict' in your play.

Your play has but one character: a solo performance.  Nothing historic such as John Wilkes Booth and the morality of assassination, or Harry S. Truman on whether or not to use the atomic bomb.  It's just John Smith... alone on the stage.  What drives this character, John Smith, to tell you his story?  Is it the story of his life?  If so, what makes John Smith think that you, the Does', and the Jones' in the audience will want to sit and listen to his life story?  Does John want to tell you the inner feud he is having between his choice of automobile models he is confronted with by the lot salesman wearing peacock blue slacks with a white belt, offensively plaid sport jacket and white sneakers?  If he's performing stand up, that would be a source of comedy (or is that drama-dy?).  No.  John is going to tell you about the decision he must make before it is too late: "Should I have the open heart surgery?"  He's going to tell you whether he has the guts, whether he has the money or the deductible, whether he can endure the suffering, whether he has faith in his surgeons, but wait John hasn't told all!..... should he take an experimental pill recommended by his "second opinion" doctor?  Now!  We have dramatic 'conflict'!  But... (not to make lightly of open heart surgery), but, it's just inner conflict: it has to come out.  Enter Mary Smith, wife of John Smith.  John and Mary have discussed John's diagnosis and treatment.  Mary thinks John should have the surgery.  She thinks it's dangerous, painful and expensive, but worth every peril, pang and penny.   Yes!  More dramatic 'conflict'!  John is fearful of someone, even an experienced and knowledgeable surgeon, using a scalpel to cut open his chest and then to use a bolt cutter on his sternum to access his heart.  "It's just all to painful, perilous and pricy," says John.  "I swallow the pill with some orange juice to aide the break-up of the compound and voila!, miracle of miracles, three months later I'm walkin' around twenty years younger.  (...or not.   Ah!  More dramatic 'conflict'!)   And at one-tenth the cost and no pain."
Conflict rises with every relationship: lovers, business associates  such as competitive actors, horse races, et cetera.  Look around your life.  Husband and wife: Do they invite weird uncle Harry to John Juniors Bar Mitzvah?  Suzan turns a corner: bumps into a cop, cop arrests her for hindering an investigation.  Skip a rope: trip and fall skinning your knee, causing an infection, causing amputation, et cetera.   Brothers sharing a bicycle: Who's turn today?...  after they beat the crap out of each other and destroy the bicycle in the tumult (that's an antiquated Romney word: conflict!)?  I know this all reads rather simple, even silly, but 'little conflicts' find themselves within 'larger conflicts' whether you or your characters recognize them for what they are worth in your larger story,... or not.  You may even determine that they are ascending conflicts leading you through your character's arc.
Keep writing, but remember... "Writing is re-writing."
Posted by Unknown at 6:27 AM 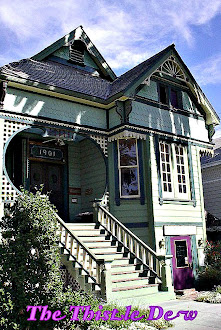 You could qualify to use The Thistle Dew Dessert Theatre: RENT FREE! E-mail Tom at... tddtheatre@aol.com or telephone 457-6286 for specific details.

The Thistle Dew Dessert Theatre, founded by playwright Thomas M. Kelly, is located in the lower level of a unique 1894 Victorian home at 1901 P Street, Sacramento, California. The Thistle Dew is the center for original theatre in Sacramento and the home of the Thistle Dew Playwright Workshop and the Center for Literary Art. 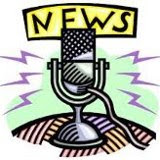 If this is the time to finally jump-start your voice-over career, Nakamoto Productions can help you every step of the way! There’s no need to go across country… to LA… or even the Bay Area. Everything you need for establishing a Part-Time or Full- Time Voice-Over Career is right here LOCALLY, in Sacramento! KWOS Digital Radio Theatre needs your voice! E-mail Tom at seamusoshea12@gmail.com for more information.